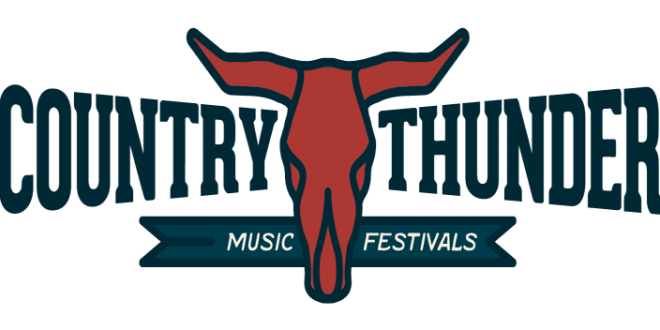 Fresh off the electricity of October’s epic three-day throwdown in Kissimmee, Country Thunder Florida
will return in 2023 with a jam-packed, all-star lineup featuring Cody Johnson, HARDY, Keith Urban & so
many more. The show returns next October 20th to 22nd, 2023.

“When you have the world’s greatest country music fans show up the way they did in Florida in 2022, you
owe them a follow up of epic proportions,” says Country Thunder Music Festivals CEO, Troy Vollhoffer.
“and we’re making that promise with one of the best lineups from start to finish we’ve had in years. We
can’t wait to bring Cody Johnson, HARDY, and Keith Urban to the fans in Florida!”
Keith Urban, two-time CMA Entertainer of the Year, has spent the better part of his life harnessing a deepseated passion for music. This, when combined with his authenticity, talent and driving musical
inquisitiveness, helps to understand why he is one of the most successful and well-respected artists in the
world. He’s won four GRAMMY© Awards, thirteen CMAs, fifteen ACMs, three AMAs, two People’s Choice
Awards and celebrated nine consecutive gold, platinum or multi-platinum albums. His concerts have
become legendary – as unpredictable as they are explosive.
Country superstar, Cody Johnson, joins the party fresh off his 2022 CMA wins for Music Video of the Year
& Single of the Year and leading the country genre nominations at the upcoming American Music Awards.

With his two-week number one single, “Till You Can’t”, sold out shows across the country, and four billion
streams, Johnson has given country music just a little taste of what his loyal fanbase, CoJo Nation was
already on to, and we can’t wait to join the club!
Big Loud Records’ heavy hitter HARDY has never been just one thing. Uncaging his next chapter on January
20, 2023, HARDY will introduce the mockingbird & THE CROW, his dichotomous, 17-track sophomore
album and the follow up to critically acclaimed 2020 debut, A ROCK. HARDY is the reigning ACM Songwriter
of the Year, the 2022 BMI Country Songwriter of the Year, and a two-time AIMP Songwriter of the Year,
additionally nominated for New Artist of the Year, Song of the Year, and Musical Event of the Year at the
2022 CMA Awards. HARDY has co-penned 12 #1 singles since 2018, including his own, double platinum #1
“ONE BEER” feat. Lauren Alaina + Devin Dawson, and most-recent gold #1, “Beers On Me.” There’s no
question HARDY will bring the party of the year to Osceola Heritage Park in 2023!
The stellar, three-day music extravaganza also includes Parker McCollum, Kip Moore, Lonestar,
Parmalee, Jo Dee Messina, Megan Moroney, Tracy Byrd, Shane Profitt, Hailey Whitters, Josh Ross, &
The Reklaws. With many more to be announced in the weeks to come!
Four-day passes, Platinum Experience, the all-new Gold Circle, camping and all the extras are available
now at CountryThunder.com or by phone at 1-866-388-0007.
For more information, visit countrythunder.com and follow on Facebook at Country Thunder Florida,
Instagram at @countrythunderfl and Twitter at @countrythunder.